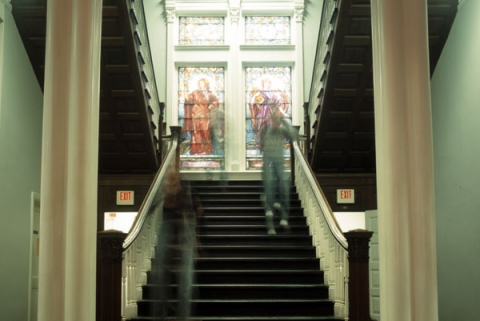 "The Transformation of Europe and the End of the Cold War"

The 2009 Yates Lecturer is James J. Sheehan, Dickason Professor in the Humanities at Stanford, Professor of History, and FSI Senior Fellow by Courtesy. He is an expert on the history of modern Europe. He has written widely on the history of Germany, including four books and many articles. He is the author of Museums in the German Art World: From the End of the Old Regime to the Rise of Modernism (Oxford University Press, 2000) and chapters on “Democracy” and “Political History,” which appear in the International Encyclopedia of the Social and Behavioral Sciences (Elsevier, 2002), and a chapter on “Germany,” which appears in The Encyclopedia of the Enlightenment (Oxford University Press, 2002). His most recent book is Where Have All the Soldiers Gone? (Houghton Mifflin, 2008).

Sheehan is a member of the American Academy of Arts and Sciences and the American Philosophical Society. He has won many grants and awards, including the Officer’s Cross of the German Order of Merit. In 2004 he was elected president of the American Historical Association. He received a BA from Stanford (1958) and an MA and PhD from the University of California at Berkeley (1959, 1964).