Murphy Institute Co-Hosts Conference on State Implications of the TCJA 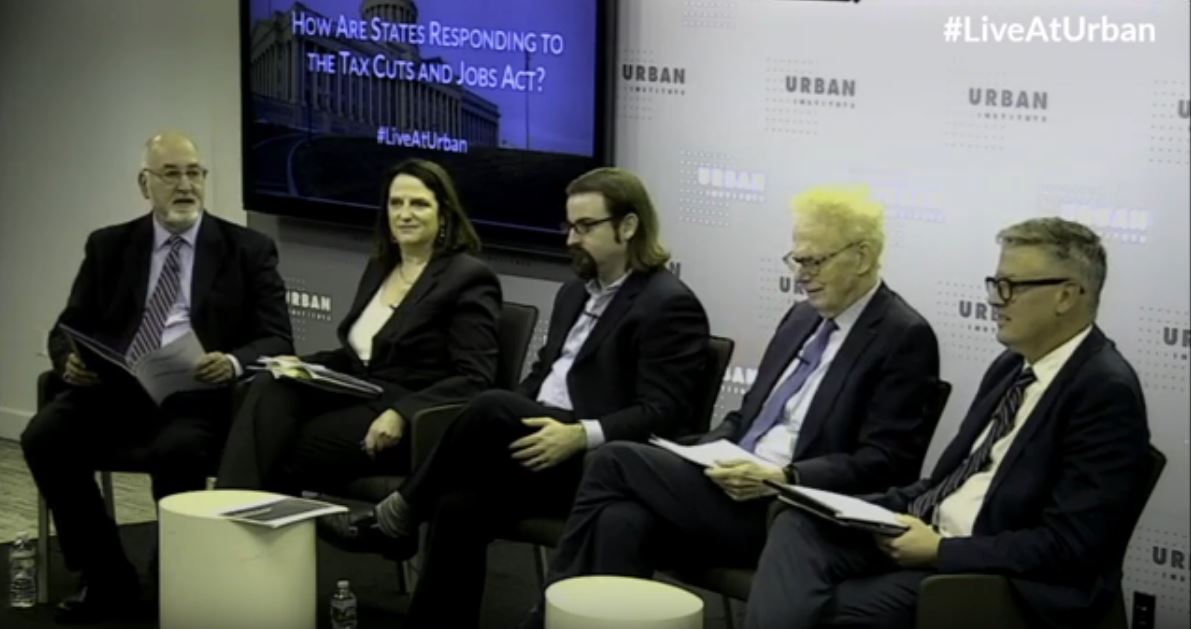 On January 29th, The Murphy Institute co-sponsored the conference, “How Are States Responding to the Tax Cuts and Jobs Act?” alongside the Urban-Brookings Tax Policy Center, American Tax Policy Institute, and the University of Tennessee’s Boyd Center for Business and Economic Research. The day-long event was held in Washington D.C., but tax policy aficionados unable to attend in person could join virtually via a live webcast.

Executive Director Steven M. Sheffrin moderated the third panel, “Blue State Resistance to the TCJA,” which also featured Kim Rueben of the Urban-Brookings Tax Policy Center, Leslie Samuels of Cleary Gottlieb Steen & Hamilton, Kirk Stark of the UCLA School of Law, and Mark Yopp of McDermott Will & Emery. The TCJA’s cap on state and local tax (SALT) deductions was at the core of the panel’s discussion. Among the issues therein that the panelists discussed was the push to reclassify some state taxes as charitable contributions via a credit toward state taxes, which New York, New Jersey, and Oregon have implemented and three other states considered.

The panelists also debated the merits of two sides of the SALT deduction debate. On the one hand, the legal challenge that four blue states have brought against the new federal tax bill finds support among those who see it as unconstitutional, or at least a breach of precedent; some claim that the Sixteenth Amendment to the US Constitution was passed on the understanding that the amendment, which gives Congress the ability to levy income taxes untethered to population, would have no bearing on state finances. Others see pointing to that promise, which is not enforceable, as grasping at straws and view the SALT deduction cap as a rare progressive element of a largely non-progressive tax bill. The group also discussed South Dakota v. Wayfair, a popular topic across the day’s panels, and the decreasing share of filers who itemize their tax returns.

Other panels addressed the differential challenges for states based on how they conform with federal tax guidelines, how states should handle repatriated income in light of new requirements, and the budgetary risks of expiring tax provisions. The audience’s policy professionals and journalists asked thoughtful questions and the panels’ fruitful discussions were enlightening, but many agreed that the ultimate effects of the TCJA are hard to predict. As Sheffrin noted in closing his panel, “We’ll have to wait for either a lawsuit or 2025 to see what happens.”

The recorded panels are available on YouTube; the panel that Sheffrin chaired begins at 3:38:30.  You can find more information about the conference, including slides from the panels, at the Tax Policy Center website.