Steven M. Sheffrin and James Alm have been appointed to the Task Force on Structural Changes in Budget and Tax Policy. 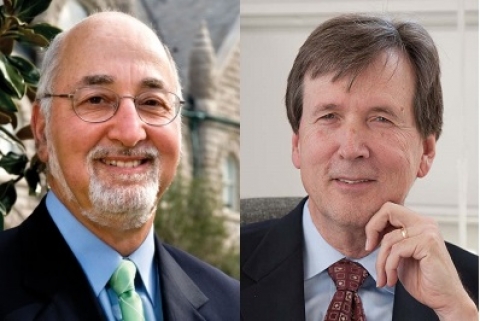 Steven M. Sheffrin, Professor of Economics and Executive Director of the Murphy Institute at Tulane University, and James Alm, Professor and Chair of Economics at Tulane University, have been appointed to the Task Force on Structural Changes in Budget and Tax Policy, a new legislative task force established to target structural tax and budget reforms for the 2017 fiscal session.

Dr. Sheffrin was appointed to the task force by John Alario, Jr., President of the Senate, and Dr. Alm’s appointment came from Taylor Barras, Speaker of the House. Other members of the task force include Kimberly L. Robinson, Secretary of the Louisiana Department of Revenue, and Jay Dardenne, Commissioner of Administration.

The current focus of the task force, which will continue budget and tax reform evaluations that began during the 2016 First Extraordinary Session, is on reviewing the existing tax code and how changes from the last two sessions will impact it and incoming revenue. The task force will make recommendations of changes to the state’s tax laws in an effort to modernize and enhance the efficiency and fairness of the state’s tax policies for individuals and businesses, examine the structure and design of the state budget and make recommendations for long-term budgeting changes, and report to the legislature by September 1, 2016.

Task force meetings are open to the public, and members of the community are welcome to visit the webpage on this task force at the following address and to subscribe to email updates: http://ldr.louisiana.gov/LawsAndPolicies/TaskForceOnStructuralChangesBudgetTaxPolicy.