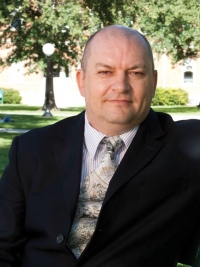 Alan Thomas is Professor of Ethics at Tilburg University in the Netherlands. Previously, he was Head and Senior Lecturer in Philosophy at the University of Kent. Educated at Cambridge and Harvard as well as Oxford, where he completed a D.Phil under the supervision of the late Bernard Williams, Professor Thomas works on moral and political philosophy and the philosophy of mind. His current research interests are moral psychology (particularly virtue ethics), moral epistemology, moral reasoning, moral particularism, egalitarianism in political philosophy (particularly the work of Rawls) and theories of consciousness.

He is the author of Thomas Nagel (Acumen and McGill-Queens, 2008), Value and Context: The Nature of Moral and Political Knowledge (Clarendon, 2006), and the editor of Bernard Williams (Cambridge, 2007), as well as numerous other scholarly articles in leading journals.

For scholarly articles by Alan Thomas, as well as reviews of his books, please see his online CV.